Well I don't know if the GF foods are getting better or I'm accustomed to the slightly less than great taste of many GF foods so when a better one comes around it seems really good.  Anyway, I have really missed being able to eat Italian style foods over the last several years and recently tried a couple new GF dishes that I really did enjoy. 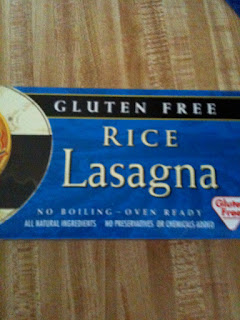 The first is Gluten Free Rice Lasagna.  It has been years since I ate lasagna, also because I became ACUTELY lactose intolerant a few years back and cut the cheese....out of my diet.  ( I know that was bad) But I found more recently that I can tolerate skim cheeses like mozzarella and parmesan - so that's what I used for the lasagna.  The instructions said to layer the noodles in with the meat, cheese and sauce uncooked.  Overall it was yummy though the noodles were a little mushy. 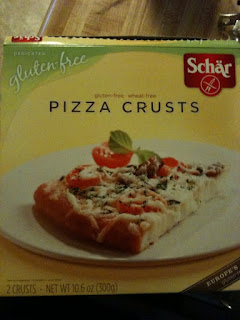 The next one - I had for dinner tonite - Gluten Free Pizza.  Also with mozzarella and parmesan.  And I have eaten other GF pizzas. I tried a few frozen varieties that were just ok.  This pizza crust was actually pretty tasty if a little on the dry side.  I still give it a thumbs up 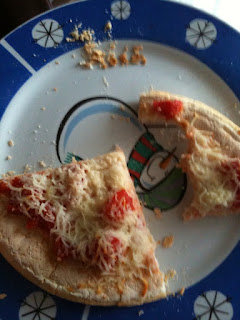 So there you have it...If you decide to try one of these let me know what you think.
Here's where you can buy some.
Posted by Unknown